As marketers find innovative methods to attract and delight audiences, video content is becoming the ‘go – to’ medium to rise above and cut through the noise. 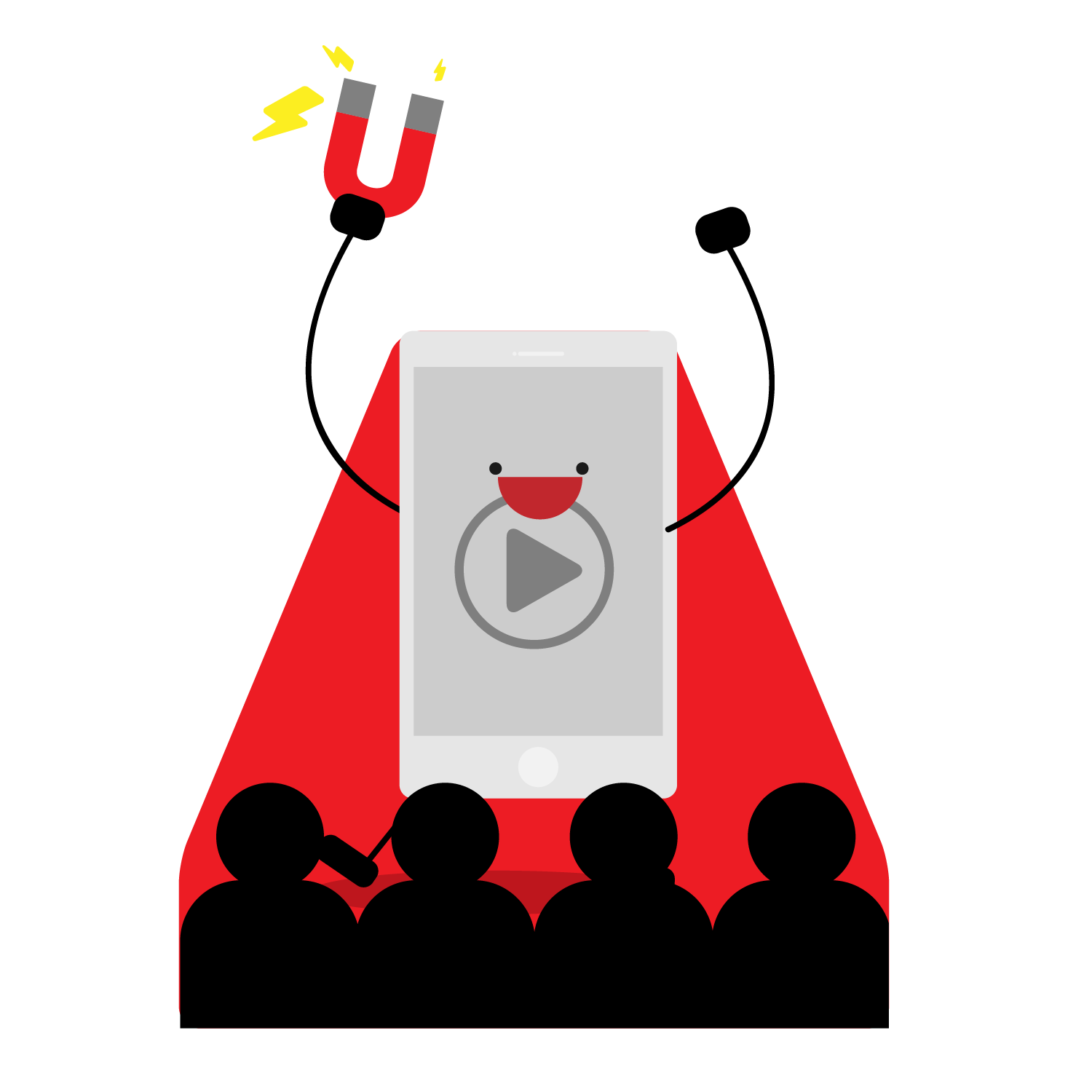 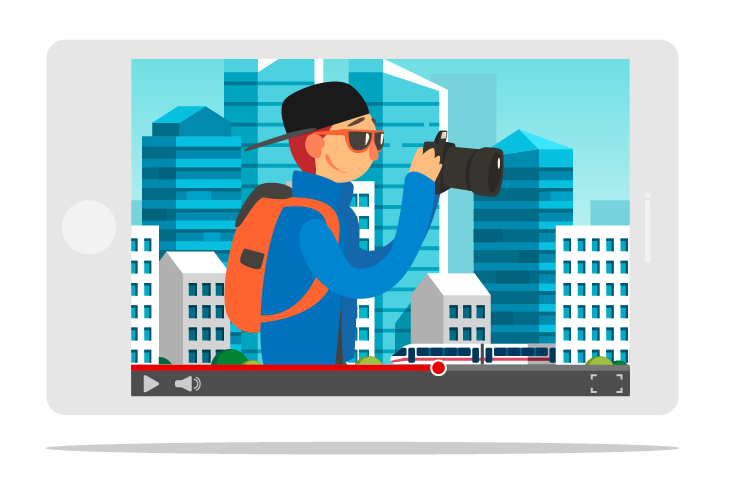 In this piece we will cover in-depth video marketing benefits, right from a brief introduction of video, video marketing statistics, why it’s so powerful and why you should be using video content.

We live in a visual world that’s packed full of shapes, colours and textures which range from the deepest green of a forest canopy to the electric blue of a fluorescent city billboard.  Our brains have evolved to decode the rich visual nature of this planet at an incredible speed. 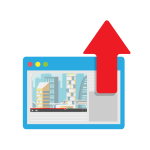 1. The Rise of Video Marketing 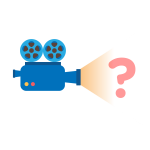 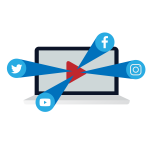 3. The Use Case for Video 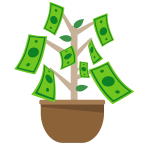 4. The Benefits of Video 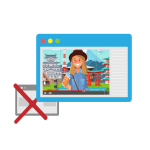 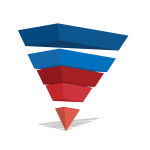 6. How Video Supports The Funnel 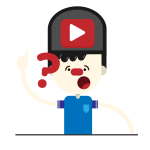 7. The Science for Why Video 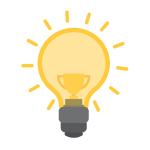 Within this super-response biological context of visual processing, it’s no surprise that the internet, as the world’s biggest source of information is in the midst of a ‘video revolution’. Video has been commonplace on the internet for over a decade but thanks to faster internet connection speeds for both desktop and mobile, video has continued it’s slow and relentless progress right to the very top of the content ladder. 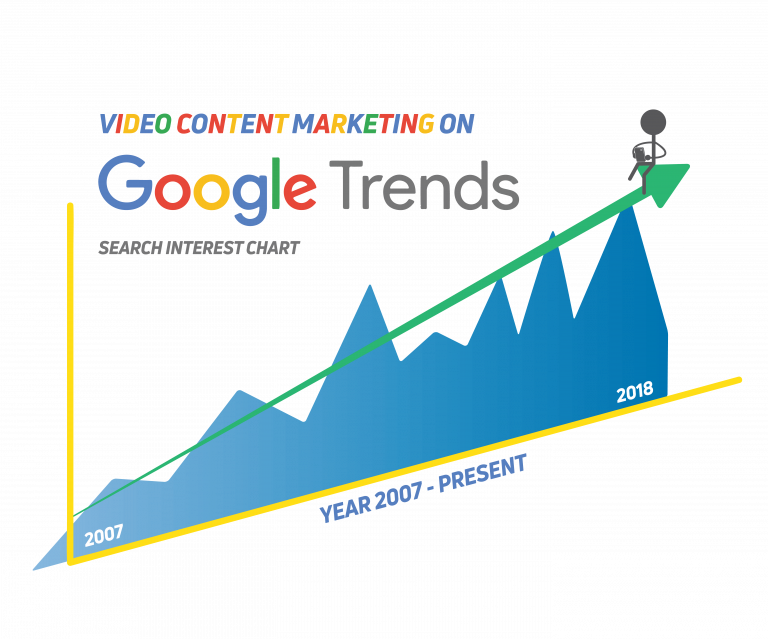 But why not choose other content formats? What makes video marketing so beneficial? Read on and learn about the exciting benefits and applications of embracing video for your marketing strategy. Vive la revolution! 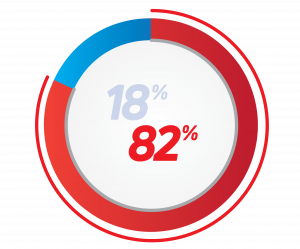 Its estimated that by 2021 82% of all internet traffic will be video content.

How Video Will Help You To Grow Your Business 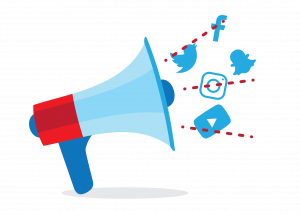 Videos allow brands to succinctly communicate information on products or services at lightning speeds when compared solely to text alone. For marketers, the communicative power and shareability of video greatly heightens brand awareness and aids in attracting inbound links.

Evidence from Moz suggests that blog posts with video content generate up to three times more inbound links in comparison to their non-video counterparts. 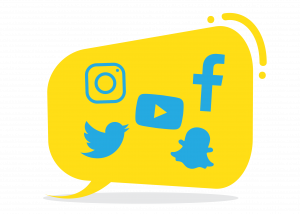 We spend an extraordinary amount of time browsing and tending to our social media but what often commands our attention when we’re endlessly scrolling down the feed?

Video. The engaging and attractive nature of video media prompts us to phase-in and pay attention whilst autoplay features enhance the chance that your video content will be watched. Recent statistics for Facebook Live and YouTube suggest viewing times are 3 times longer when users are watching live social videos in comparison to conventional pre-recorded videos.

Video content is generally viewed as more trustworthy than textual information. The creation of video media takes time, care, investment and accuracy and this can help build a positive picture of a brand’s reputation and image.

Add Personality to Your Brand

The diverse styles and aesthetics of video have long been evident amongst television adverts. Whether its abstract and atmospheric perfume ads or loud and brash insurance company ads, the visual imprint left by a brand is potent and long-lasting. We seem to enjoy the creative diversity that videos brings with 85% of people saying they’d like to see more video from brands online in 2018.

Videos have a much greater impact than text or images alone. They’re more tempting, more aesthetically attractive and they hold our concentration for longer. The magnetising power of video content increases the likelihood of viewers clicking to see who is behind the video. According to the Online Publishers Association, an average of 22% people will visit a website named in any single video ad. 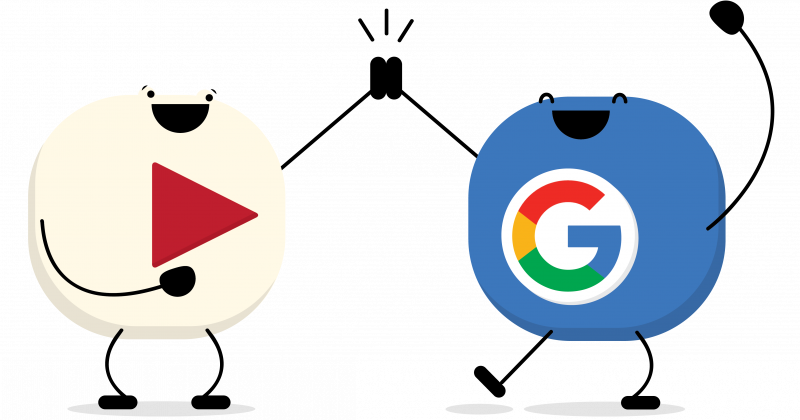 Google’s evolution to include average session duration, bounce rate and other user experience signals produced an important paradigm shift. Serving the user and providing them with a positive experience is now essential and should complement your traditional metrics and strategies, including links and link building.

Video helps you to rank higher in Google’s organic search results as it can increase the average session duration for important pages. Placing a video on a landing page doubles the time a user spends on the page, plus well-optimized videos can increase organic traffic from search engines by as much as 157%. 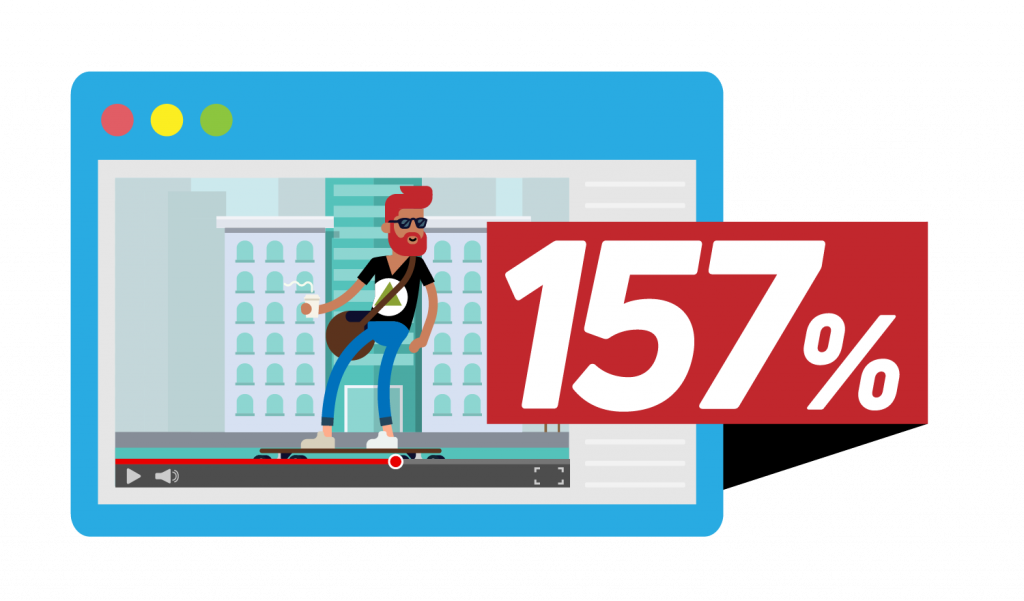 We’ve already mentioned how videos prompt consumers to investigate brands and their products but many go one step further and actually make a purchase due to previously engaging with video content. 81% of video marketers see an increase in sales and they create 66% more qualified leads per year. KissMetrics found that after watching a product video, consumers are up to 85% more likely to purchase the product shown. 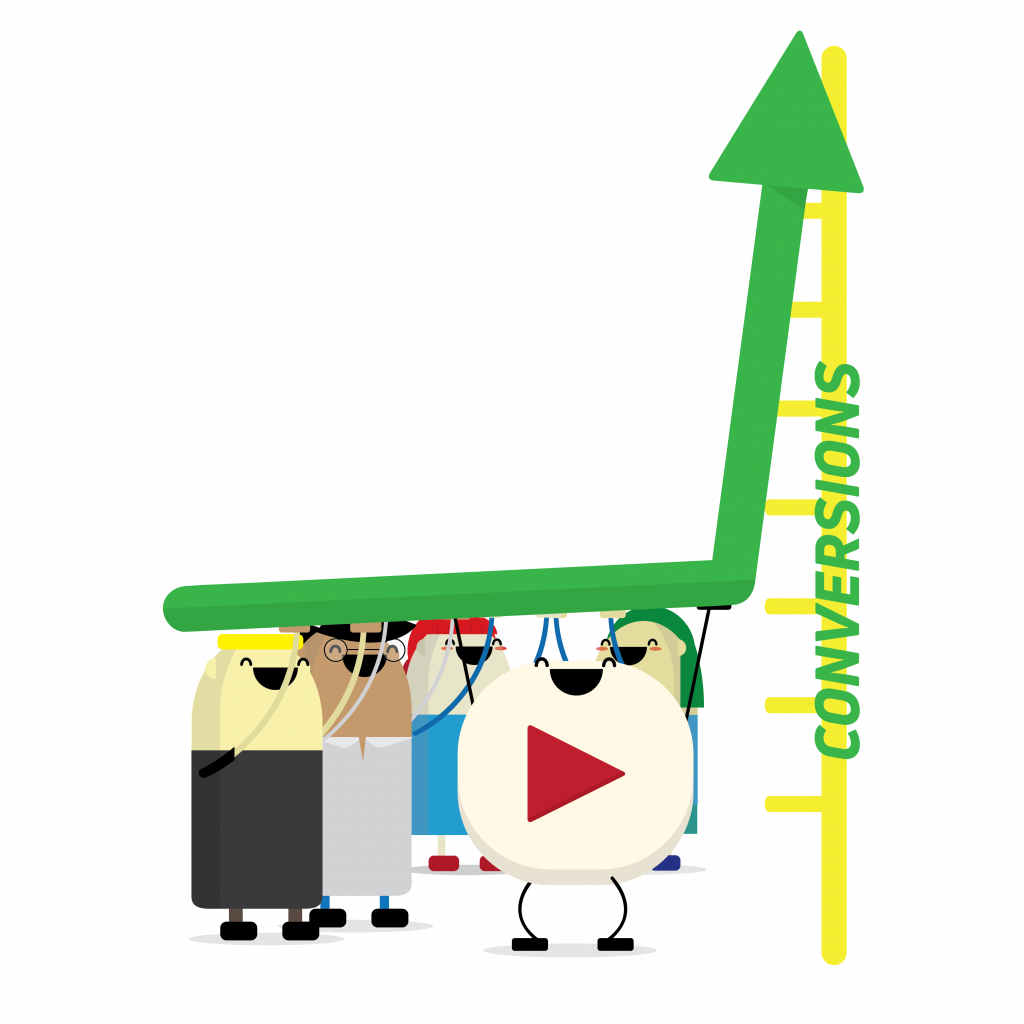 Marketers who make use of video content can grow revenue 49% faster than non-video users and in 2018, 52% of marketing professionals worldwide name video as the content which exhibits the best ROI. Video content which includes calls-to-actions receives on average 360% more clicks. 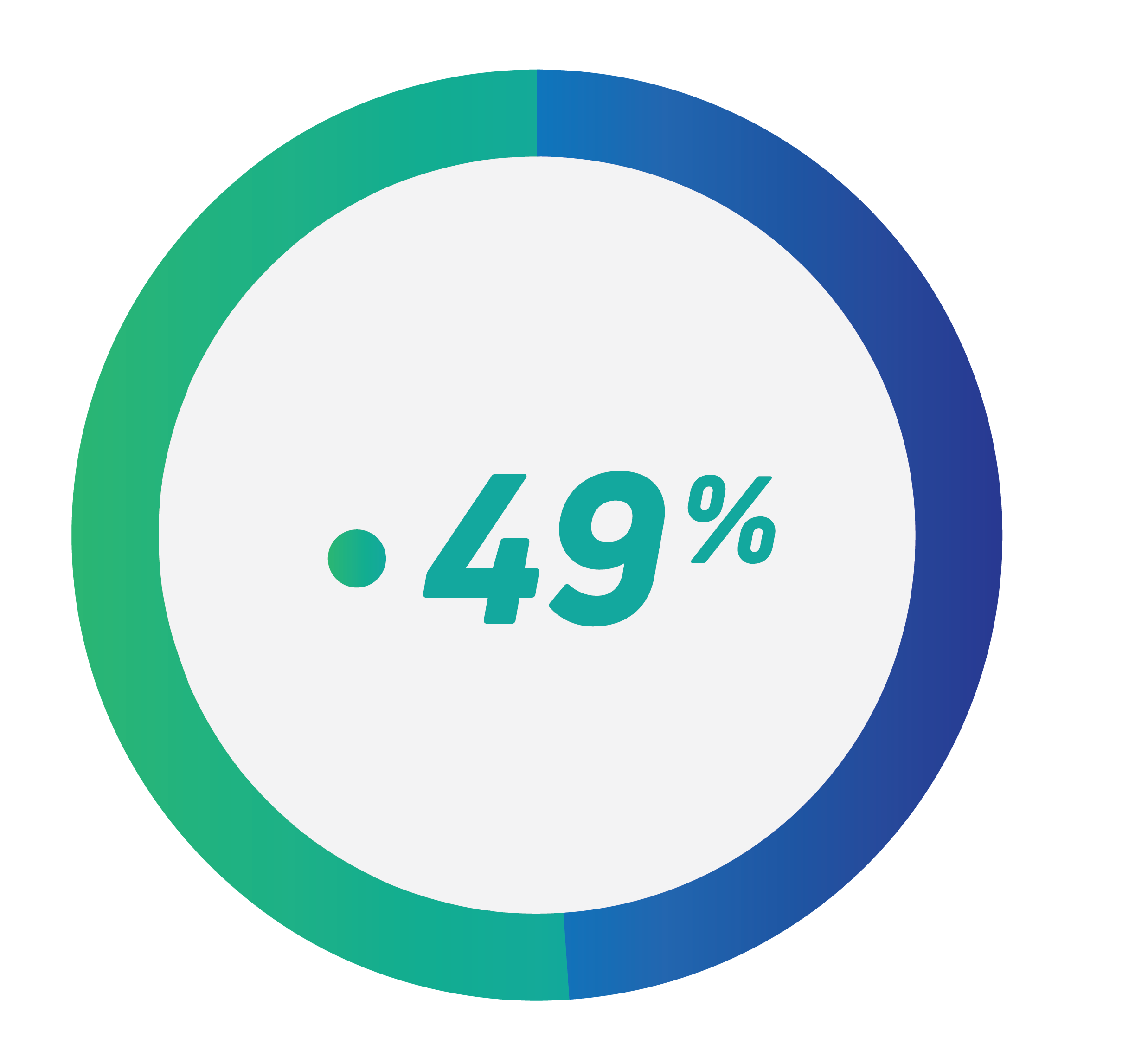 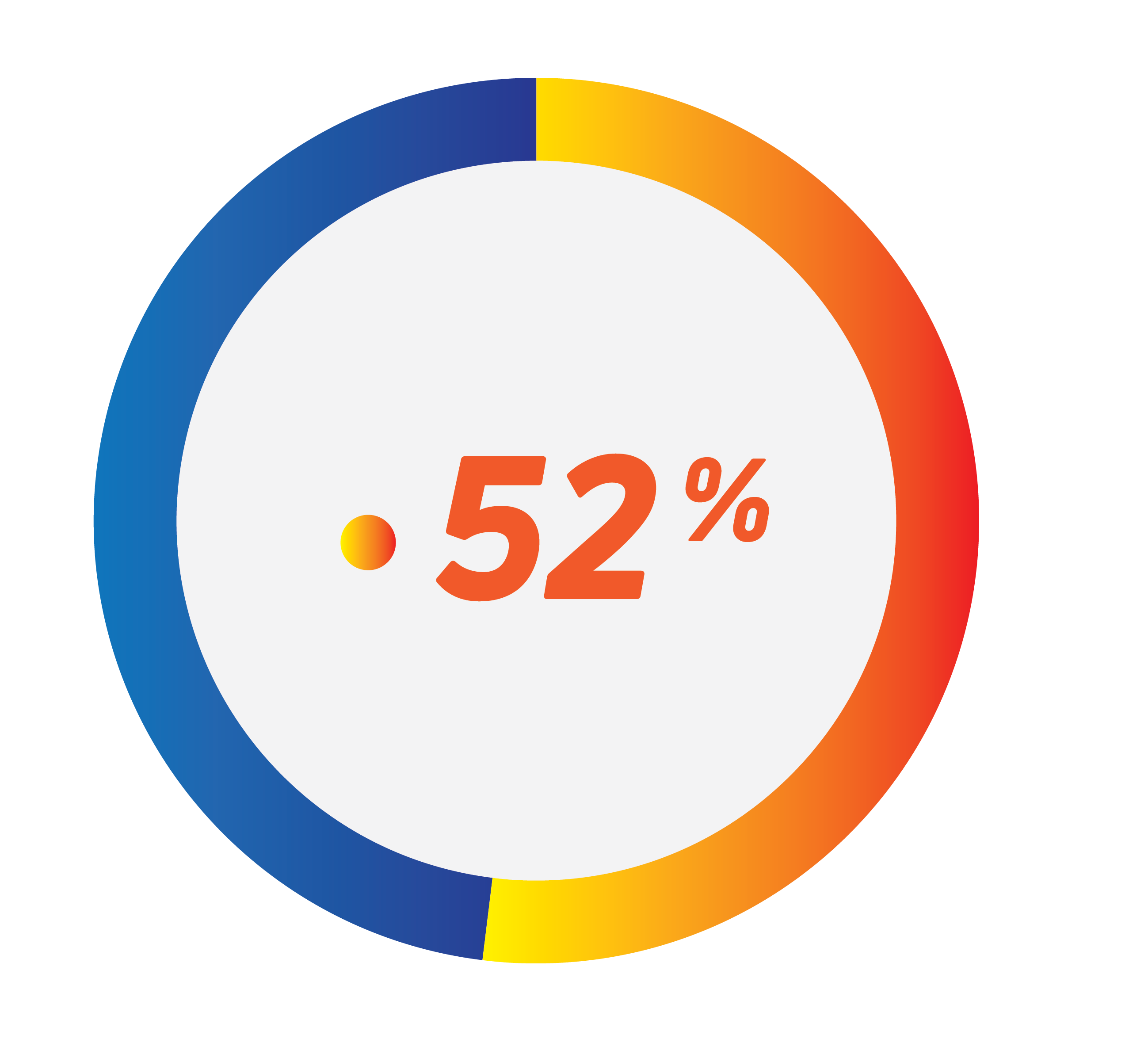 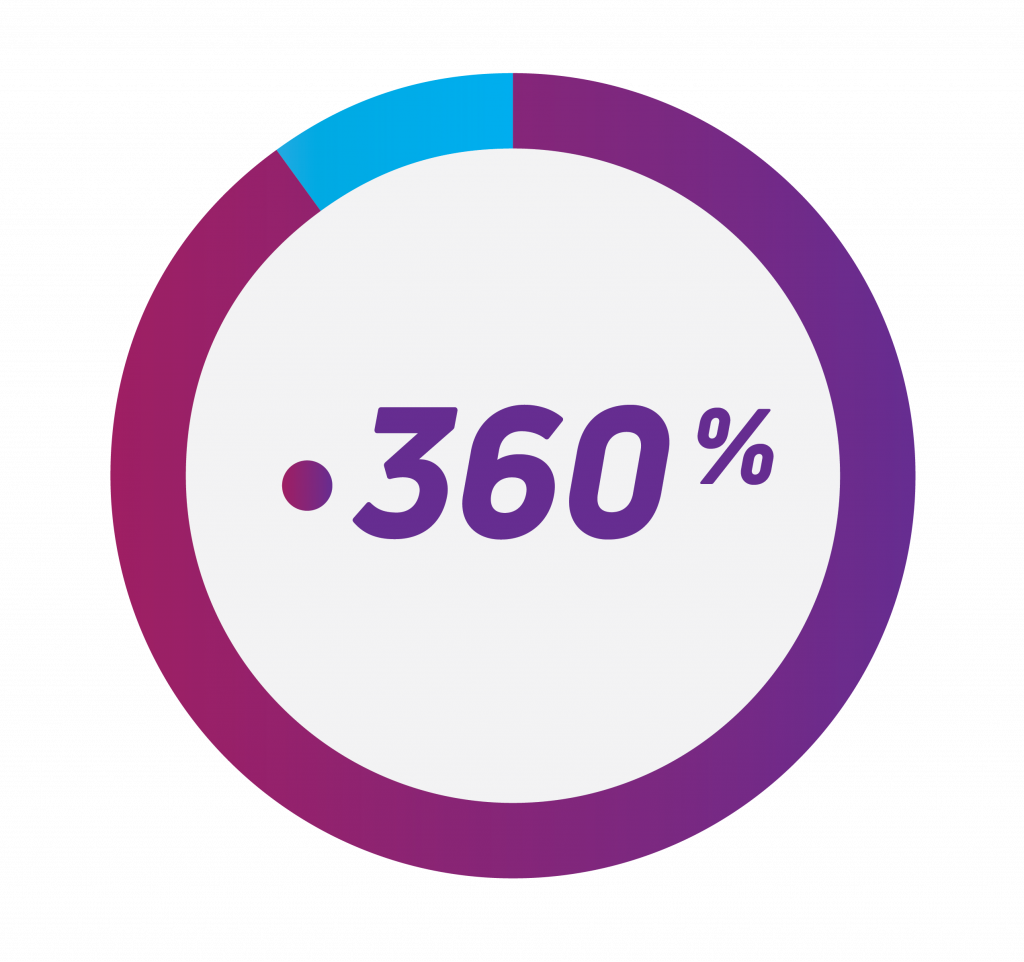 What Are The Advantages of Video Compared To Text? 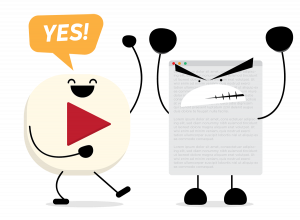 90% of information in the brain is fed directly from the optic nerve and we process this visual information 60,000 times faster than text. Sight is the most efficient component of our sensory biology.

Text is still an important component and it compliments video content but when both formats are available on the same page, 72% of people prefer to use the video to learn about a product or service.

There are some cofactors to using video alongside text, by optimising your videos placement and using an engaging thumbnail, you can increase the likelihood of someone clicking on your video by 30%.

Video content offers tremendous advantages for mobile browsing as text requires us to zoom in, scroll or squint whereas videos often autoplay with minimal physical interaction. Videos are simply easier for us view, digest and interact with, especially considering that users are increasingly using mobile browsing and are overlooking text completely in favour of video content.

In fact, 4 times as many consumers would rather watch a video about a product, rather than read about it. (eMarketer)

How Does Video Marketing Support The Funnel? 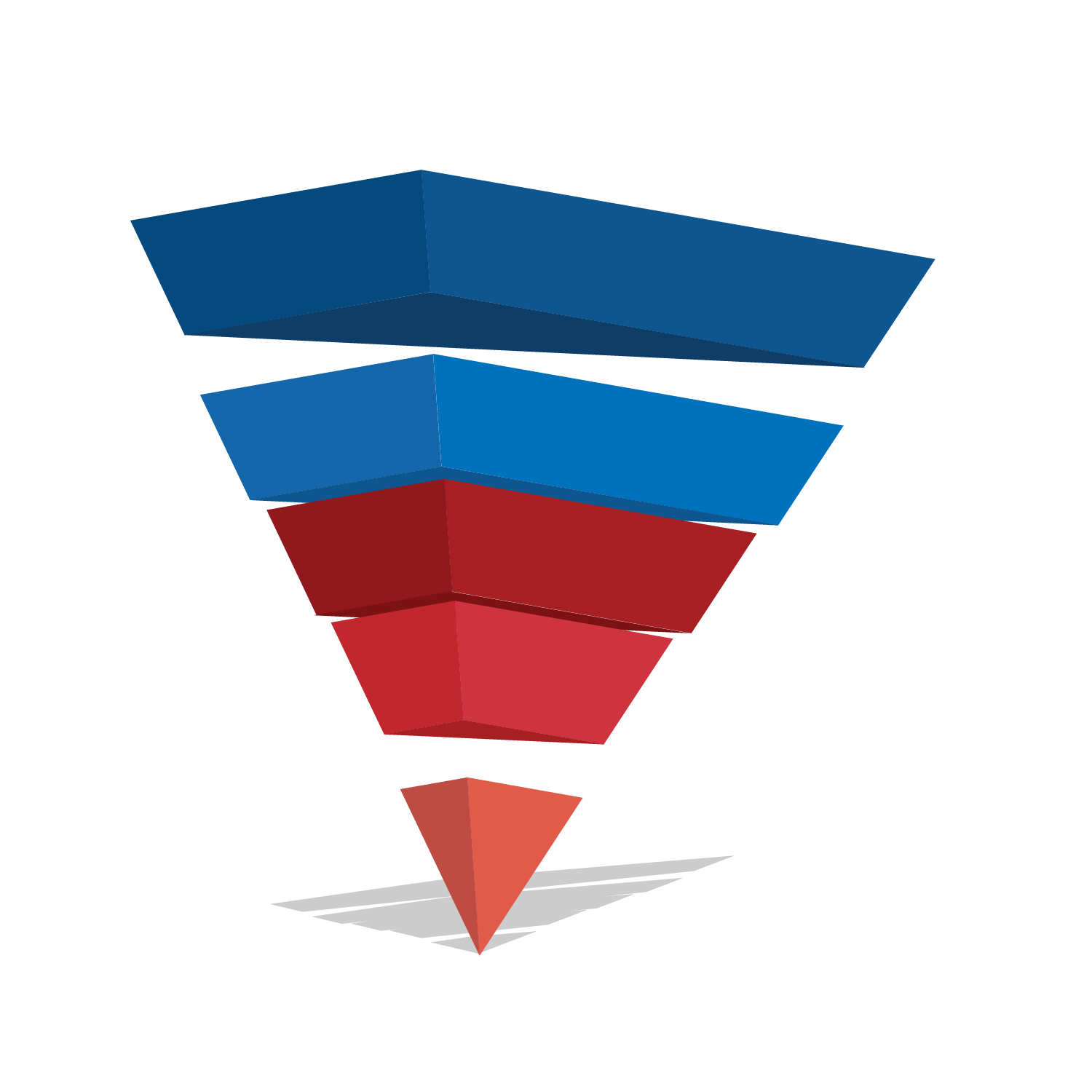 Make video part of your customer acquisition strategy to leverage additional marketing channels and content types, helping you to rise above the noise. These include Facebook Live, YouTube, Instagram Stories and Snapchat and many more! 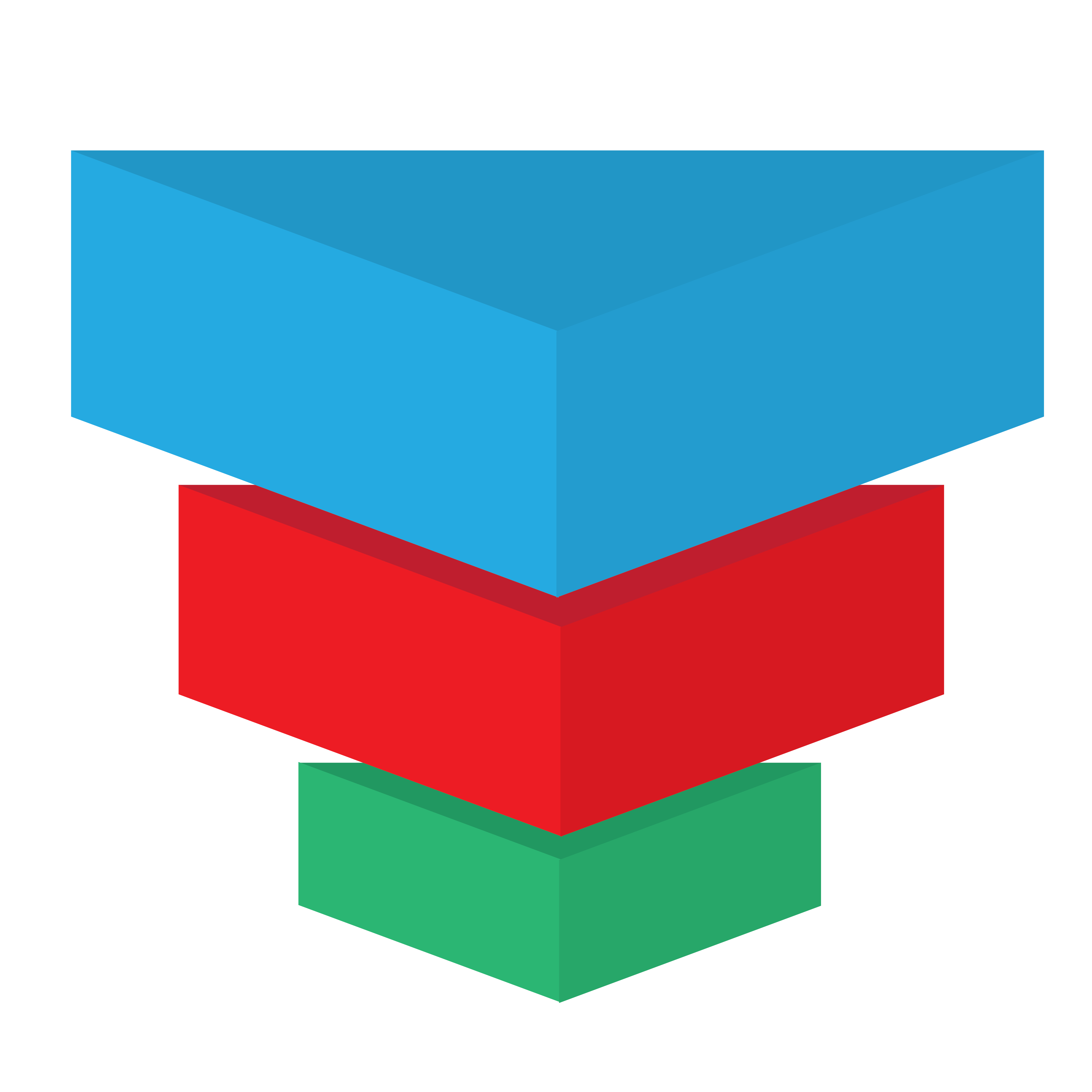 Engaging users is vitally important as otherwise, their concentration will quickly wain and they’ll simply click off the site. Videos are highly engaging, enabling you to reduce bounce rates and increase the time users spend on your site. 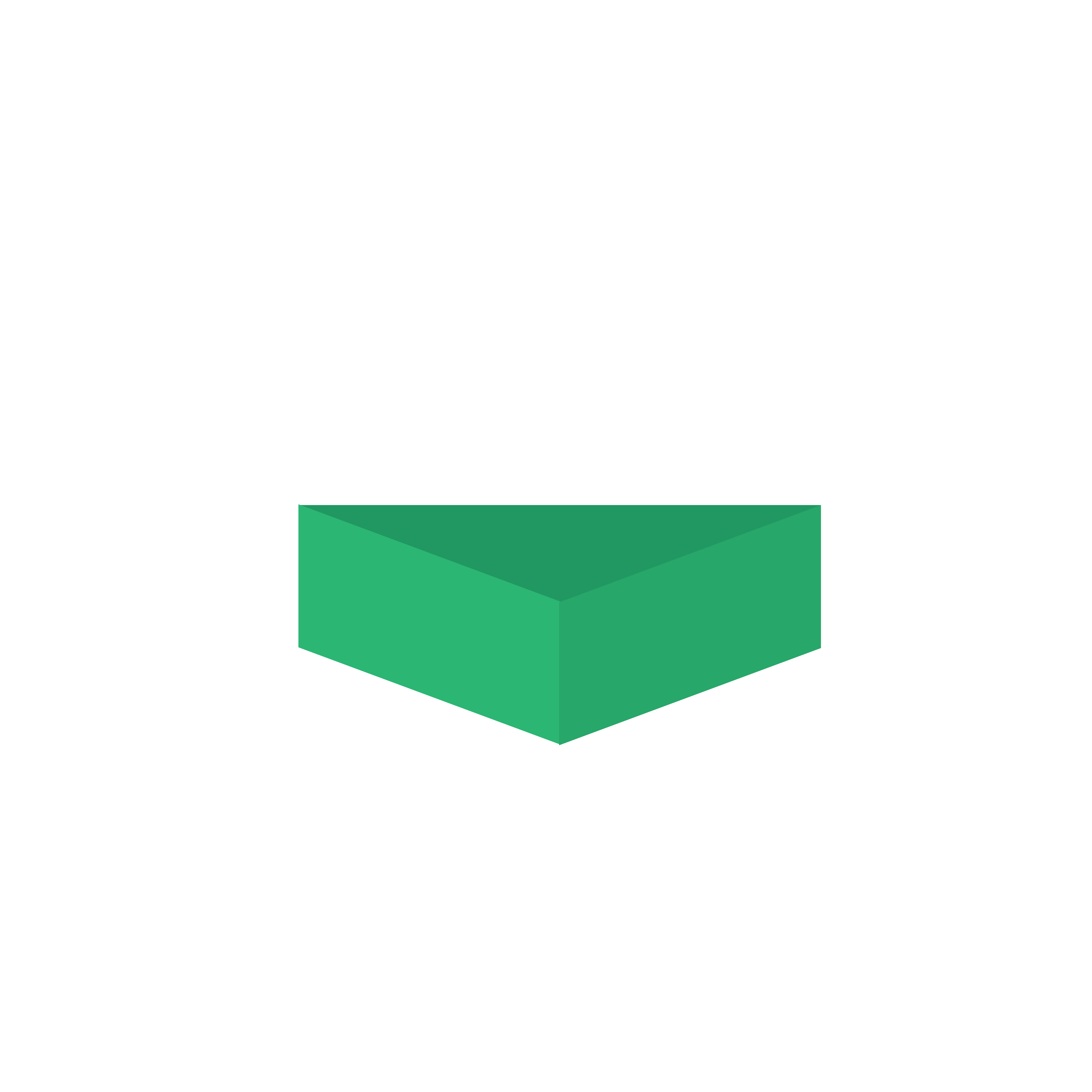 Video can quickly portray key product and service information, which makes your message easy to understand and enables you to easily convert users into loyal customers.

Why is Video Marketing So Effective? 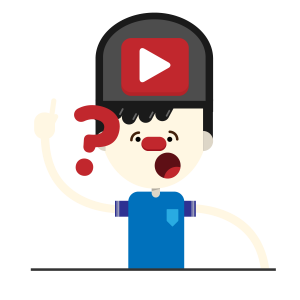 At its core, an advert is a means of communicating a service, announcement, message, product or event so in a sense, visual advertising has been a component of human society for several millennia – ancient cave paintings are adverts that communicate visual information.

Videos, however, are a distinctly modern creation and have become an increasingly important form of media over the century.

Videos create a means of capturing information in a medium which is most easily understood by the brain. The old term ‘a picture is worth a thousand words’ certainly rings true on a cognitive level and Dr. James McQuivey famously applied this figurative comparison to video by stating that based on the 30 FPS of most videos, a 60-second video must be worth 1.8 million words.

Though impossible to quantify, we do know that the human brain extracts visual information some 60,000 times faster than it can extract textual information and that our memory of visual information is greatly enhanced compared to that of writing. We’re actually able to recollect thousands of details about short videos and images which we’re exposed to in just one sitting.

Videos can be watched with or without sound and captioning or subtitling every video you make is wise to cater for the occasions when listening out-loud is not possible. When a video is watched with audio, its communicative power can be enhanced with narration. The human voice can lock in our concentration guide us through a content-driven experience.

The communicative power of video has taken the marketing world by storm and the stats that back up its effectiveness continue to stack up – everything indicates that the video revolution is in full swing. Like any revolution, then, do you move with the prevailing winds of change or sit on the traditionalist values of conservative resistance? Of course, the latter option has no place in our digital age – the only way is forward and marketing teams which adopt video now will likely yield positive results for years to come. Video recruits our most efficient sense, heightens our concentration and captures our imagination. Text really is struggling to compete so let’s face it, if you’ve made it this far through this article then give yourself a pat on the back – your internet attention span really is made of the strongest stuff!